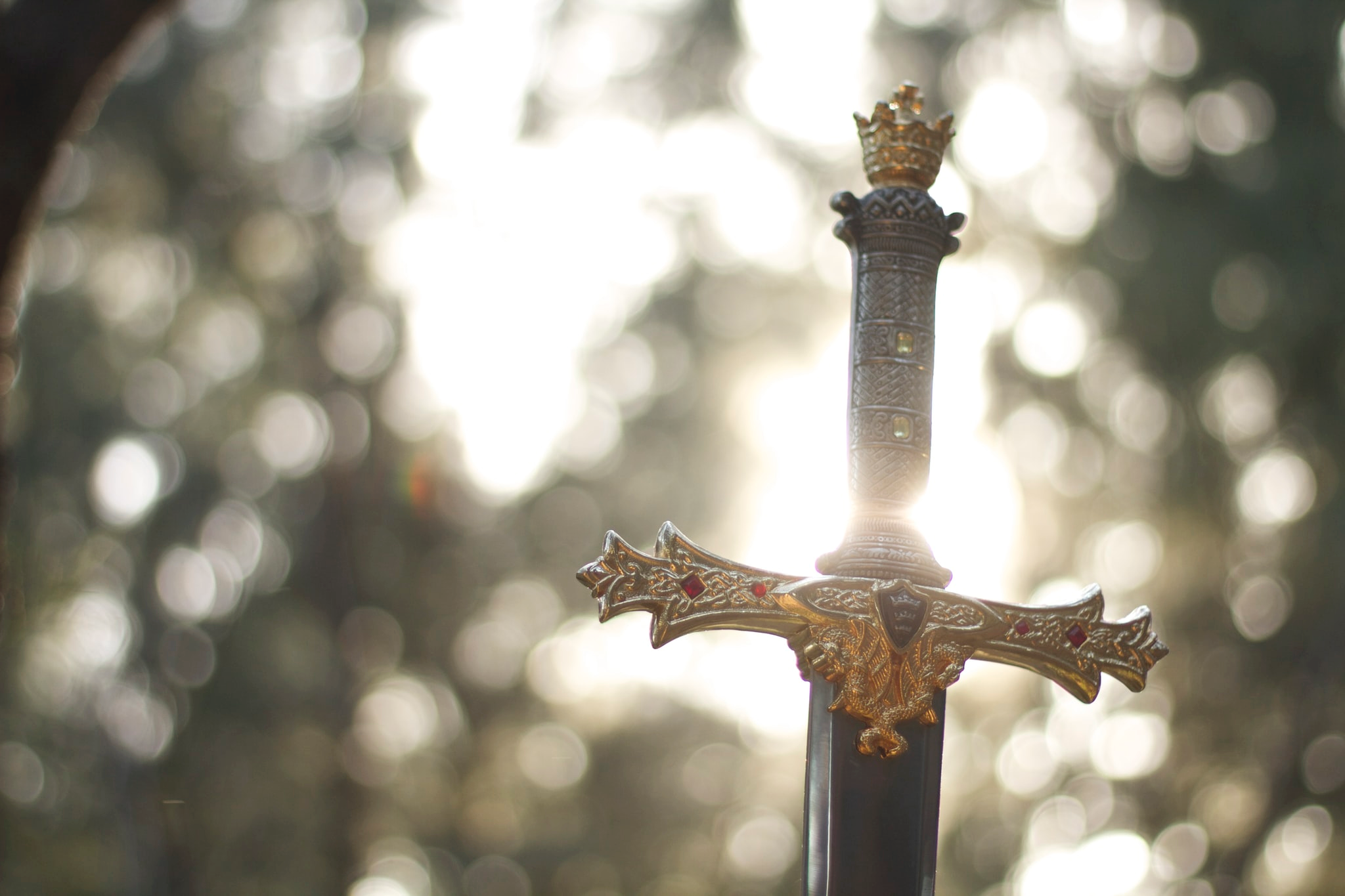 Counsel from Him who has the two-edged sword

In Revelation 2:12-17 one finds the words of Jesus specifically to the church in Pergamum and generally to all the churches.  In these words, Jesus identifies himself as “the words of him who has the sharp two-edged sword.” Similar words are found in 1:16 in part of John’s description of the voice who was speaking to him; “In his right hand he held seven stars, from his mouth came a sharp two-edged sword, and his face was like the sun shining in full strength.”

What one needs to note of these words describing Jesus is that they are referring to his words.  The sharp two-edged sword is reference to Christ’s words by which all will be judged.  His words divide the sheep from the goats.  His words will examine souls and topple kingdoms.  Christ is the one who gives the words that are the standard of one’s thinking, wanting, and doing.  His words will be the judge. In Hebrews, this reality is stated another, yet similar, way.

For the word of God is living and active, sharper than any two-edged sword, piercing to the division of soul and of spirit, of joints and of marrow, and discerning the thoughts and intentions of the heart. And no creature is hidden from his sight, but all are naked and exposed to the eyes of him to whom we must give account. (Heb. 4:12-13 ESV)

The picture painted by Christ in describing himself as “him who has the sharp the sharp two-edged sword” is one of Him standing over the church of Pergamum in judgement which is fitting given the situation. The judgement he will bring will be based on his word. The word will be the standard by which the church in Pergamum will be judged.  The word is and will be the standard by which we will be judged. We saw in Hebrews 4 the sharpness of the sword – how penetrating it is – it discerns not just actions but the thoughts and intentions of the heart. It will lay us bear before God. None will escape its gaze. So, we must know what the Lord demands of us and cry out for him to supply it. We must not set up our own standards and think that by meeting those we are pleasing to God. We must not weaken or lessen God’s standards in order to be welcomed by the culture – in order to find favor with friends, neighbors, or employers. We must not lessen God’s standards in order to be seen as welcoming and loving. The standard by which God will judge all people including his church is his word.

In verse 13, the church is commended for remaining faithful even though one of their own had been martyred for his faith and they were located where Satan’s throne is. In this hostile environment of pagan god and imperial worship, the church, generally speaking, had remained steadfast. In the face of great cultural pressure to participate in pagan worship in order for things to go well, the church was holding fast to Jesus’ name.  They did not deny the faith.

So where does this type of pressure come from today? From where is pressure being put on the church to yield to the prevailing wind of culture? The #Metoo movement? The LGBTQ+ movement? The Black Lives Matter movement? The abortion movement? The Critical Race Theory and Intersectionality movement? All these things would have the church bow to their standards, their rules, their goals, and their agenda. And the question we must answer is will we be faithful to Christ? Will we hold fast to His name? I do not know of anyone who has given his life (yet) as a witness for Christ against those who promote the movements previously mentioned. But the Pergamum Christians are commended for remaining faithful even having witnessed one who remained faithful until death. So how much more so for lesser penalties? Will we remain faithful when we see a brother or sister lose his or her job because of Christ and refusal to bow to the cultural pressure? As major corporations declare allegiance to any and all of these movements and pressure mounts will we, the church hold fast to Christ?

Counselors, how will you encourage your counselees in the midst of their struggles and trials to hold fast to the name of Jesus?

In verse 16, Jesus calls them to repentance and warns that if they do not, he will come in war against them with the sword of his mouth – his word.

Do we allow those in the church to hold to teachings that likely will lead others to stumble? Do we condone activities that set the stage for others to be pulled away from Christ rather than drawn to him? If such teaching and activities come to our attention do we address them? Do we correct them? We may not have people going to temples with idols carved out of stone or wood or fashioned out of metal, but we do have idols that are being worshiped. Do we sit by and say nothing and allow it to happen or do we correct it? The idols may come in the form of a job, safety, ease of life, perceived status. They may not be called Zeus, Athena, Dionysus, or Asclepios but they may be called wife, child, or finances. You see the teaching of Balaam is anything we would allow to be worshiped alongside the one true God. It is anything that is allowed to draw one’s affections away from worshipping Christ.

Finally, in the verse 17 Jesus calls those with ears to hear what the Spirit says to the churches and he makes a promise to the one who conquers.  He promises to give the conqueror some of the hidden manna, and a white stone with a new name written on it that no one knows except the one who receives it. There is much discussion about the hidden manna and the white stone with a new name on it.  Suffice it to say, there are many ways eternal life is pictured in the revelation of Jesus Christ which God gave to John.  To the one who conquers, Jesus promises life with him.

Counselors, encourage your counselees with eternal reward – life with Christ. Help them to see that faithfulness to Christ in the here and now means they get Christ in the there and then.

May we all have ears to hear what the Spirit says to the churches.