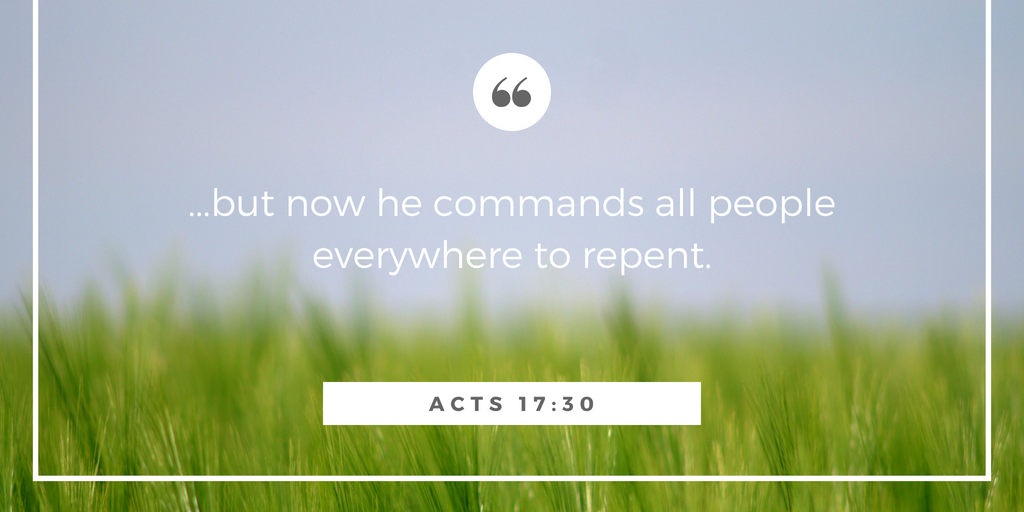 Why Should One Repent?

In past posts, I considered Thomas Watson’s The Doctrine of Repentance and his six aspects of repentance. In this post, I would like to consider Watson’s reasons for why one should repent.

The first reason is…..

God’s sovereign command. “…but now he commands all people everywhere to repent” (Acts 17:30).  “Repentance is not arbitrary. It is not left to our choice whether or not we will repent, but it is an indispensable command. God has enacted a law in the High Court of heaven that no sinner shall be saved except the repenting sinner, and he will not break his own law.” It is rather cut and dry, one should repent because God has commanded it.  In order to be right with God, repentance is required. He will not clear the guilty.

Secondly, the pure nature of God denies communion with an impenitent creature.  “If God should be at peace with a sinner before he repents, God would seem to like and approve all that he has done.  He would go against his own holiness.  It is inconsistent with the sanctity of God’s nature to pardon a sinner while he is in the act of rebellion.” God cannot and will not pardon a sinner while that sinner remains in his rebellion.

Fourth on Watson’s list is, We have by sin wronged God. This fact should be first and foremost in our thoughts when we sin.  The offense is chiefly against God and he would be right to destroy us. It is his honor at stake. It is his law that has been broken. It is to whom we must go and repent.

The final reason to repent is If God should save men without repentance, making no discrimination, then by this rule he must save all.  If there is no need for repentance, then no man is at risk of eternal damnation.  All will be saved and none need a savior. As it is, repentance, turning from sin and to God is required. Thus, only those who repent will be saved.

Other reasons may have come to your mind, but Watson’s reasons provide plenty for us to consider. In your counseling, how will you help your counselees see the need for repentance and understand why they should repent?